(Member of the BBCA and AoBBA)

Jack was appointed Music Director of Derwent Brass in 2018 and bought with him a wealth of enthusiasm, talent and musicianship as a conductor, composer and soprano cornet player. 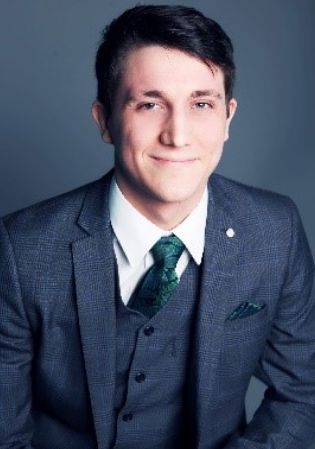 Jack studied at the Royal Welsh College of Music and Drama (RWCMD) under the late Peter Reynolds, Dr. Robert Spearing and Michael McCartney for composition, and Dr. John Traill, Anthony Negus and David Jones for conducting in the contemporary music department. His specialism now lies in the creation and performance of contemporary repertoire, harnessing skills from this and other experiences to adapt to classical genres and beyond.

Jack has been conducting since the age of fifteen and cut his teeth with the York Railway Institute Brass Band. Whilst in York, he was the director of various musicals and under the tutelage of Liz Dunbar gained a place to study composition and conducting at the RWCMD.

Whilst at university, Jack took his first foray into brass band conducting at a more senior level, taking on Foresters Brass. Within his first year the band gained entry to the prestigious Spring Festival by delivering an 'alternative' entertainments programme at the Wychavon Festival of Brass, most of which was penned by Jack himself.

Upon moving back to Yorkshire, alongside freelance orchestral conducting and teaching, Jack worked with the South Yorkshire Police Band and Ripon City Band, as well as an ongoing residency with the symphonic brass group “Harlequin Brass”.

As a composer, Jack has had the opportunity to write commissions for some excellent, and varied, ensembles, such as 'Black Diamonds', which was commissioned for an anniversary concert by Carlton Main Frickley Colliery Band under Leigh Baker to commemorate the closure of the village mine, and 'Fahla', commissioned by Sinfonia Newydd in collaboration with Artes Mundi which premiered in the National Museum of Wales.

Jack also made progress within his musical career as a player, playing with some of the top brass bands in the country including the likes of the Carlton Main Frickley Colliery Band, the Yorkshire Imperial Metals Urquhart Travel Band, the Shepherd Group Band (whose Junior, concert and senior band Jack developed his playing through the years with), BTM and the City of Cardiff (Melingriffith) band.

Jack is a member of the Brass Band Conductors' Association and Association of Brass Band Adjudicators. He has adjudicated at many festivals including the likes of Unibrass and the Wychavon Festival of Brass and looks forward to expanding this portfolio further.

Keith was appointed the Musical Director of Derwent Brass in 1993 when the band was just 1 year old and what a relationship it has proven to be. Following a successful 25-years at the helm, we are now fortunate that he maintains his alliance with the band as Music Director Emeritus. 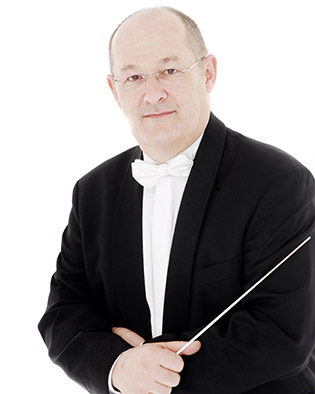 Keith is well known in East Midlands banding circles, having worked with many bands in the area, as a conductor, player and music arranger. Being born into a banding Salvation Army family he was greatly influenced by being surrounded with quality brass band music. He took up the cornet at a very early age, playing in both junior and senior bands of Peterborough Citadel where his father was the Bandmaster for several years.

As a principal cornet player, Keith was regularly featured as a soloist at musical festivals and events and enjoyed one-to-one tuition from David Read MBE.

Over the years, playing cornet, trumpet and tenor horn, Keith has performeed with Brass Bands, Orchestras, Wind Bands and 'Pit-Orchestras' for live stage shows, but will readily admit that his true allegiance lies with Brass Bands.

Keith occupied the principal seats in County Youth Brass Band and Orchestra before progressing to playing in Championship Section Brass Bands with several fondly remembered opportunities of playing under some of the famous names in banding circles in Europe and the UK.

Keith's earliest conducting experiences were in the Salvation Army receiving conducting tuition at S.A. Music Schools whilst still a teenager. Later he was appointed Bandmaster of the Leicester Foresters Band at just 22 years of age.

After being a member of the Leicestershire Symphony Orchestra, Foresters Brass Band and William Davis Construction Band, and performing with a raft of other bands including local rivals Ransomes and Desford, Keith took a sabbatical from the demands of top level banding prior to being appointed as Musical Director of Derwent Brass in 1993, one year after its formation. This proved to be a most successful relationship. Keith's relaxed style, whilst demanding the highest standards, coupled with the enthusiasm of the members of Derwent Brass proved to be a winning formula. He also enjoyed a successful few years as the MD of Hathern Youth (later Hathern 'B') band.

A member of the National Association of Brass Band Conductors, Keith is now called upon by other bands in the area for conducting services and is regularly engaged as an adjudicator.