Derwent Brass was founded in 1992, making it a relatively young organisation in brass banding terms. However, it's true history can be chased right back to 1860 where it is believed the first brass band in Derby was formed.

In 1992 the Neville Brass ensemble amalgamated with Davis Derby Brass Band to form Derwent Brass. Derwent Brass was and remains a competing band and defaulted to the third section of the brass band league table when it was founded. 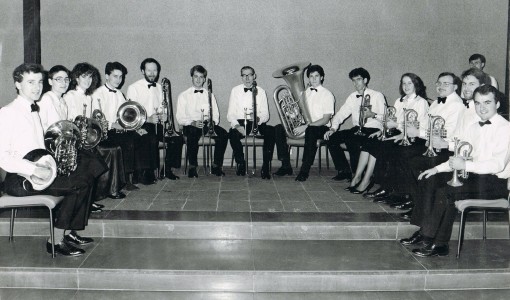 Neville Brass was formed in 1985 by a group of friends from the City of Derby Band. It was originally formed as a quintet ensemble, along the same lines as the famous Philip Jones Brass Ensemble, but due to increasing popularity it quickly grew to 10+ players.

In 1864 they led the company workers on a procession to the station, and thence to Buxton for a day's excursion.

Also known at this time as the Cotton Lane Brass Band. The band was formed of workmen from Messrs Eastwood and Sons' at the Railway Iron Works, Cotton Lane, Litchurch, Derby.