Derwent Brass are a progressive band who are privileged to work with an array of artists, musicians and composers.

Many of these partnerships are shared on stage, however we are extremely fortunate to have creative associations with award winning composers who help us turn ideas into reality.

Paul Mcghee was appointed the Contemporary Music Associate of Derwent Brass in 2012, following the success of his work 'Episodes, Occurrences and Interludes', which was commissioned by the band to celebrate their 20th anniversary. Paul is a highly respected composer and musician who has worked with Derwent Brass for some time, opening up new chapters in the band's repertoire with his radical approach to brass band composition.

Paul's associate role with the band is designed to introduce fresh and progressive music into the repertoire, not only from his own pen, but also from those of various other composers that may not ordinarily be found. Derwent Brass, with Paul's guidance, will continue to embrace contemporary music and deliver successful projects which will excite and challenge audiences, both inside and outside the brass band world, whilst also branching out to new listeners.

Paul McGhee was born in Corby, Northamptonshire in 1980. He started to learn Tuba at age 13 whilst attending Beanfield Comprehensive School and quickly progressed, joining Youth Brass 2000 and Travelsphere Holidays Band, where he played at some of Europe's most famous venues.

Paul studied composition at the Royal Welsh College of Music and Drama with Andrew Wilson-Dickson. Whilst studying there he won numerous composition prizes and was one of four composers selected for the RNCM Festival of Brass Young Composers prize at the 2006 festival.

Since graduationg, his music has continued to be played throughout the world at concerts, competitions and festivals (including RNCM Festival of Brass, Arcomis Brass Festival, Cardiff Festival of Brass and the BrassWind Festival in Norway).

"A brilliant, uncompromising composer. I regard him as one of the very rare original voices in today's brass band world."

"The quiet man of the new wave, who may just become the biggest noise of all."

In 2010 his first test-piece, 'Waiting for a Pain Hit!??!!?', was used at the Swiss National Brass Band Championships in Montreux as the championship section set-test. In 2012 he received first prize at European Composers competition in Rotterdam with his piece, 'Lullaby' and in 2014 and 2016 he received the best new composition/arrangement award at the Brass in Concert Championships for his works, 'Monet on the Embarkment' and 'Pandemic 1349'.

In 2012 Derwent Brass performed the critically acclaimed premiere of 'Episodes, Occurrences and Interludes.' The 22 minute work contains 6 inter-linked pieces of music which celecreates the 20th anniversary of the band and contains a series of stories relating to it's history. Supported by funds from PRS for Music Foundation, the work featured in some of the band's concert and contest programmes throughout their anniversary year.

"I was totally gripped from start to finish. An astonishingly brave decision (the whole project) and utterly refreshing to hear. Thank you very much and good luck with future performances."

In both 2013 and 2014 Paul was shortlisted in the Brass Band/Wind Band category at the prestigious British Composer Awards (BASCA) for his works 'His Sympathy' and 'Kjeden'.

Derwent Brass recorded one of Paul's earlier works 'Meditation' on their CD release 'Diversity' and more recently commissioned a new work for Keith Leonard's retirement concert entitled 'Baroness Oterim Whispers a Fond Adieu.'  The band are also supporters of his work with the Splinters Ensemble Street Band which is led by Paul and his partner Lucy Pankhurst.

We are grateful for Paul's partnership with Derwent Brass in both an associate and advisory role. The trustees and members of Derwent Brass are grateful to Paul for his passion in working with the band and of course wish him the very
greatest of success. 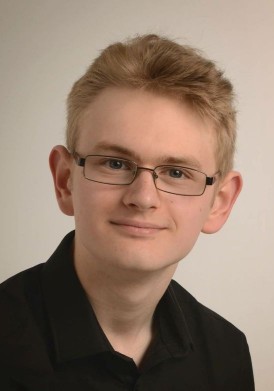 In 2019 Derwent Brass were delighted to appoint Matthew Eden as their Composer in Association. Having previously written for the band, including two compositions, 'Pulse' and 'Meditation' for their 25th anniversary year, it was a natural progression to ask him to take on the role.

Matt is the former 'Young Composer in Residence' at the Black Dyke Band and studied composition under Laura Bowler at the Royal Northern College of Music. He has also spent some considerable time working alongside some highly recognised names in the brass band movement including a close working relationship with Professor Peter Graham.

"It is always exciting when you can give an opportunity to a young and talented composer such as Matt Eden."

"Matthew Eden’s new work is a perfect vehicle for Mark Wilkinson’s tastefully expressive solo cornet playing. For me this is the highlight of the recording."

Matthew’s music has been recorded and performed by such artists as The Hallé Orchestra, Black Dyke Band, Foden’s Band, Christopher Bill, and more recently Derwent Brass including two commissions of his work on their CD album entitled ‘Distinctly Derwent’.